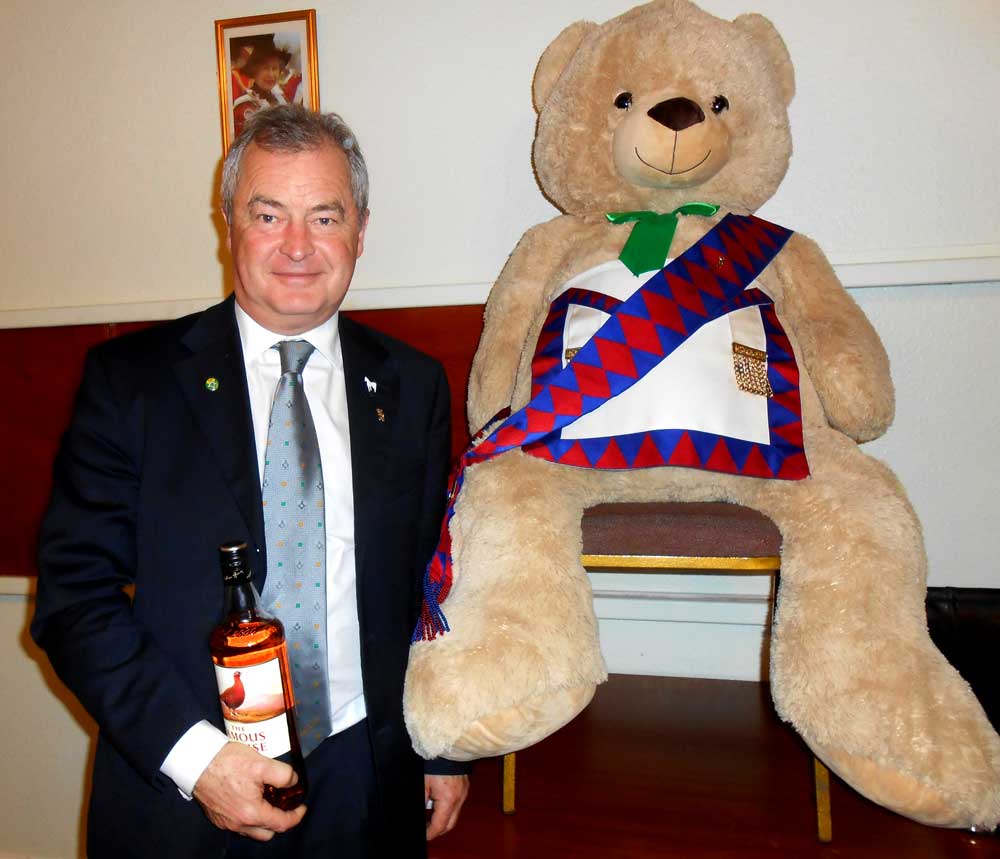 At King Edwin Chapters 150th celebration  a giant teddy bear dressed in full Royal Arch Regalia
was raffled, the idea being that who ever won it could then raffle it in their Chapter and so raise money for TLC or the charity of their choice.

We felt this would encourage Companions to visit and also raise funds ( The Teddy did have a bottle in his hand for the holder of the winning ticket ).

A book was also presented to record his Journey through the Province and the monies raised.